Based on an original design by Roche, the friability tester has now become an accepted standard throughout the pharmaceutical industry for determining the resistance of uncoated tablets to the abrasion and shock experienced in manufacturing, packing and shipping operations.

The basic Friability Tester Model FR 1000/2000 comprises of a single or dual drums rotated at a fixed speed of 25 rpm. The standard friability drum has an inside diameter of 287 mm and a depth of 38 mm and is fitted with a curved baffle which subjects the tablets to be tested to a drop of 156 mm. The Friability Tester Model FRV 1000/2000 also features either one or two drums, but allows variable speed between 20 and 60 rpm to be programmed. Number of turns or test duration can also be programmed into the tester.

The sample (normally 10 tablets) to be tested is first weighed and then placed into the drum. The drum is then rotated 100 times, any loose dust from the sample removed and the sample re-weighed. The friability drum features apertures behind the baffle, such that the tablets can be added and removed from the drum automatically at the beginning and end of the test.

The Friability of the sample is given in terms of % weight loss (loss in weight expressed as a percentage of the original sample weight). A maximum weight loss of not more than 1% is considered acceptable for most tablets.

Abrasion drums for carrying out tests into the attrition of tablets caused by the product rubbing together during transit are also available on request.

In many cases, such as with hard coated and uncoated tablets, granules and spheroids, it is impossible to determine the friability of the dosage form using a conventional tablet friability tester even if the test time is extended simply because the resistance is such that no measurable attrition is obtained – the energy imparted by the friability tester is just not sufficient to generate quantifiable changes in surface mass.

The Friabimat SA-400 is a new instrument specifically designed to address this particular problem by offering an alternative method of friability measurement.

For the purpose of the test, the sample is confined within a standard 105 mL glass bottle horizontally mounted on the end of an oscillating arm. The abrasive action is generated by the horizontal shaking movement of the oscillating arm which causes the samples to rub against and collide with each other and/or the internal surfaces of the sample container.

The intensity of the abrasive action and the duration of the test can be adjusted via the controls mounted on the front panel between 0 and 400 oscillations per minute and 0 and 9999 seconds respectively.

For comprehensive product details, specifications and part numbers, please request a copy of our brochure “Quality Solutions for the Testing of Pharmaceuticals”. 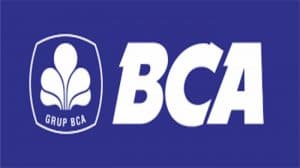 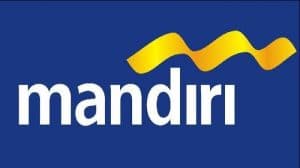